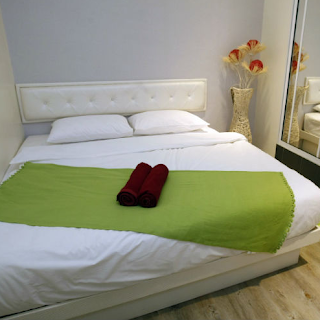 Here at Efficiency Buyer we love sharing insights and best practices for energy efficiency from businesses that have successfully cut their energy usage. Few sectors are as dramatically impacted by energy costs as the hospitality industry, and hotels in particular. Since energy used in hotels for heating and cooling, lighting, cleaning and a variety of other needs is at a substantially fixed level, one of the only ways to reduce the expense of these energy needs is through active energy efficiency.

That’s why I say down recently with Dan Rubin, the executive director of Boston Green Tourism, which promotes the use of green practices in Greater Boston’s visitor industry.
Dan Rubin has a long and distinguished background in sustainability. He began by training homeowners on how to reduce their energy use, and then led an organization that helped to “green” the Democratic National Convention in Boston in 2004. After that, Dan started Boston Green Tourism with the idea that hotels in particular would benefit economically from a reduction in energy and water usage. Many of the hotels Dan has worked with have cut their energy usage by more than 40 percent.

Low Hanging Fruit for Energy and Resource Efficiency in Hotels

With energy costs being the second or third highest expense hotels face, opportunities abound for increased efficiencies. I asked Dan to reflect on his experiences helping hotels to cut their energy usage, and to tell us where some of the best opportunities might be.
“Well, first off it varies state by state based on the energy costs and incentives in the area. In some locations there are high energy costs, but also rich incentives by the municipalities for businesses that cut their energy usage. However, the opposite is also true, with some areas that have lower energy costs and also low incentives.”
That said, Dan did offer some easy solutions that many hotels can implement without a huge capital outlay. Some of the easiest to implement and most effective measures include:

When I’m talking with someone as knowledgeable about unique aspects of energy efficiency as Dan Rubin, I like to take full advantage of his years of experience. So next I asked about some of the surprising new energy-efficiency innovations Dan is seeing in the hospitality industry.

One of the most surprising and promising areas of energy efficiency is the advent of heat exchangers all over hotels. Many of these are still in the early stages, but the number of new products that are coming out to take advantage of so-called waste heat in hotels is very exciting.”
Some of the new innovations and advances in heat-exchange technology include capturing waste heat for energy recovery ventilation, using hot condensate water from steam systems and from the laundry facilities, and even new products that capture heat from the dishwashers in the kitchen.
Another surprising innovation that Dan talked about had to do with the use of batteries to store energy that could be used during peak times.
“With the cost of batteries coming down and continuing advances in new battery technologies, hotels are finding it advantageous in some areas to store energy produced during off-peak hours for use during the high demand-charge periods.”
This demand charge billing on the part of utilities is very costly to hotels, because they pay the highest rates for this energy. If they could anticipate this high rate usage and produce some of their own power during these peak periods, hotels could save a lot of money.

The Investment Criteria for Hotel’s Energy Efficiency Projects in Hotels

In addition to the obvious ROI aspect of investment in energy efficiency, I wanted to know whether hotels take other things into consideration when deciding on a particular energy saving project. Dan told me that hotels will consider things like maintenance and repair costs of their existing infrastructure when figuring the cost of upgrading.
Also, considerations like certifications for energy efficiency by Energy Star and other rating systems can make a difference. Event planners and organizers are often very conscious of the energy footprint their meetings and conventions have. If a hotel can offer and promote a more energy efficient and environmentally sound space, it can have a distinct advantage. And there are also vacationers who like to choose hotels that are making an effort to reduce their energy consumption.
Finally, many hotel chains maintain their own internal energy efficiency objectives, and have incentives
that are based upon reductions in energy use. This can be a big motivator when a hotel manager makes decisions for where to allocate funds for investments and improvements. As Dan told me, “There’s no one who understands better where to make energy efficiency adjustments than the director of engineering or the general director at the hotel level.”

New Technologies and the Internet of Things

Wrapping up our discussion, I wanted to know how Dan Rubin saw the effects of new technologies on the energy efficiency efforts of the hospitality industry. Future innovations, of course, hold the greatest promise when it comes to reducing energy consumption. According to Dan, most hotels over-ventilate their spaces.
“Controlling the ventilation of air is a major aspect of managing energy consumption. There are new technologies like constant airflow regulators that can greatly improve energy use. Also, there are new guestroom energy management systems that can take the airflow down to zero when rooms are unoccupied.”
Another promising technology that’s coming involves “scrubbing” air rather than venting it outside. This is a way to keep air at ambient temperatures, rather than heating or cooling outside air.
“Many large hotels have impressive energy management systems in place already. As such, I see the Internet of Things as an evolution rather than a revolution. What I think can make a difference in many existing hotels is retrofitting new fault detection and diagnostics for their HVAC systems. I think there is a potential for huge efficiencies there.”
My thanks to Dan Rubin for sharing his thoughts and ideas, as well as for his many years of helping businesses to reduce their energy consumption. Leave us a comment and let us know what you think of Dan’s insights. And be sure to share your own experiences with energy efficiency for our readers – we love hearing about all of the ways to conserve.
Tweet